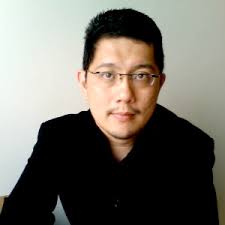 Zechariah Goh Toh Chai (b. 1970, Singapore) is a Singaporean composer and educator.

Before embarking on his studies in the United States, he was a familiar face in the local music scene, teaching bands and choirs in Singapore. He was a lecturer at the Nanyang Academy of Fine Arts, specializing in composition, orchestration, aural and sight singing, and choir since July 2002.

As a senior lecturer of composition at the Nanyang Academy of Fine Arts, a composer of music ranging from choir, symphonic band, wind ensemble, chamber music to large scale orchestral works, Zechariah Goh Toh Chai has carefully fused South East Asian-Chinese with Western traditions. As a composer, he is frequently commissioned to write music for symphonic bands and choirs. Since the 1990s, his choral works have been premiered in Singapore as well as winning many international competitions including Austria, Brazil, Germany, Greece, China, Indonesia, Hong Kong, Taiwan, Malaysia, and the United States. Zechariah has been commissioned by SYC Ensemble Singers, Singapore Symphony Orchestra, Singapore National Youth Orchestra, and The Philharmonic Winds, among others.

Zechariah Goh is also an active speaker at International music conferences such as the WASBE, ISME, and APSME. He was also invited to judge international choral and band competitions such as the Voyage of Songs, and Taiwan Band Director’s Association’ Band Competition. For his artistic excellence in the field of music, Zechariah was awarded the Young Artist Award (Music) in September 2003 by the National Arts Council, Singapore. The award was presented by the President of the Republic of Singapore at Istana.