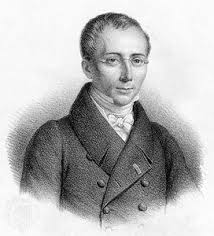 In the first act of the libretto by Mellesville, Camilli, daughter of Count Lugano, waits for her bridegroom, Alfonso di Monza, a Sicilian officer. Soon the notorious pirate captain, Zampa, enters and tells Camilla that he has captured Alfonso and Lugano and will kill both unless she agrees to marry him. During a drinking bout with his pirates, Zampa puts a bridal ring on the finger of a marble statue representing his rejected bride Alice. In the complicated series of events that follow, Alice comes to life, Alfonso recognizes the evil pirate as his own brother, Camilla and Alfonso are reunited, and the union is blessed by Alice.

Zampa, an opera-comique in three acts was first performed on May 3, 1831 at the Opera-Comique in Paris. Since Zampa contained spoken dialogue, it had to be performed at that theater rather than the Paris Opera, which would accept only grand operas.

Zampa has a colorful, if somewhat grisly plot: Zampa, a pirate of exceptionally bad principles, abducts Camilla from her betrothed and forces her to agree to marry him instead. While celebrating his forthcoming wedding, he becomes inebriated and impudently places a ring on the finger of the marble statue of Alice, who died of a broken heart after Zampa had jilted her. The statue comes to life and drags the pirate to his death beneath the sea. Hérold maintained an especially high level of inspiration and originality throughout the score for Zampa. The overture, one of Hérold’s most enduring works, is nowhere near as grim as the plot would suggest, yet it reflects the dramatic impact and musical variety of the work.