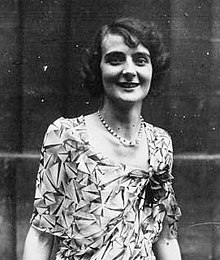 Desportes studied piano with Yvonne Lefébure and Alfred Cortot. She took a preparatory solfege class at the Paris Conservatoire in 1918. She studied for three years at the École Normale de Musique and then attended the Conservatoire National Supérieur de Paris from 1925 to 1932. She took classes from Jean and Noël Gallon, Marcel Dupré, Maurice Emmanuel, and Paul Dukas.

She won four Prix de Rome between 1927 and 1932, including the Premier Grand Prix.

After living in Rome from 1933 to 1937 at the Villa de Medicis, Desportes taught solfège, counterpoint and fugue at the Conservatoire National Supérieur de Paris until 1959.

Desportes wrote 332 instrumental works (159 vocal works and 31 music textbooks). These works include three symphonies, a requiem and eight operas. Her compositional style, though influenced by the Baroque period, swayed more toward the "rich orchestral palette of the Russian Five […] and the harmonic language of Ravel and early Stravinsky."