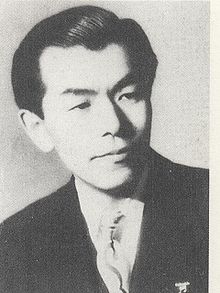 Koseki became interested in music while attending elementary school. He taught himself to compose music and engaged in music composition and conducting activities at Fukushima Harmonica Society.

Koseki entered Nippon Columbia in 1930. He composed Hanshin Tigers' song Rokko Oroshi in 1936. His famous military song titled Roei no Uta (The Song of The Camp) was released in 1937.

After the war, he devoted himself to composing music to help Japan rapidly recover from the war. He composed many songs that encouraged and became in favor of Japanese people, such as Tongari Boshi the theme song of Hill with a Bell Ringing and Nagasaki no Kane, which is a requiem for the deceased of war.

Koseki also composed sports music with freshness and vitality, such as Victory to you and Olympic March, which is the entry march of Tokyo Olympic Athletes. He composed about 5,000 songs in his life and kept providing pieces which gave a bright hope to people in the rapidly changing period of Showa, covering from popular songs to school songs. His achievement in compositions brought him the Award of Medal with Purple Ribbon.