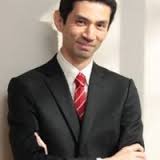 Yosuke Fukuda (b. 19 April 1975, Suginame, Tokyo) is a Japanese composer and oboist.

As a boy he made all music because he played a synthesizer. At age 11 he began to write, first small compositions and arrangements with the help of the multimedia capabilities of his computer. At age 12 he arranged works by Claude Debussy for synthesizer. In the junior high school, he became familiar with instruments and band and their music. It was then that he wrote his first work for that medium and arranged works by famous masters of the band.

In 1991 began his research in the field of the synthesizer and the multimedia capabilities of the computer simultaneously. In 1994 he graduated from the high school and was first employed in a music business, but he composed further, especially for the theater, opera, dance-company, and for television. In 1999 he was appointed president of the Desital Wonderland, DAW Product.