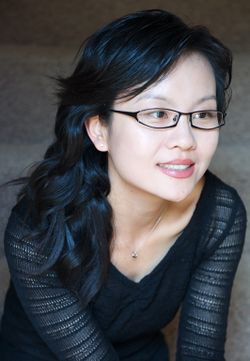 Subtitle: In Memory of Steven Stucky

About Winter Blossom the composer writes:

Steven Stucky died on February 14, 2016 -- a cold winter’s day in Ithaca, N.Y., but also a day of “warmth” and love -- Valentine’s Day. His spirit, through his incredible music shall radiate with his students and audiences ever after.

Stucky’s sudden death was a shock to the musical world. The composing process of Winter Blossom is a journey of me going through stages of grief: denial, anger, bargaining, depression and acceptance. These stages are not necessarily linear. An outcry of enormous sorrow, the first movement is a profound lament. Two melodic motives are quoted from Stucky’s music -- the opening melody from his Symphony, and the minor second descending motive from his Elegy of August 4, 1964. The movement arrives at its climax with heavy and dark harmonies. The second movement is a storm of juxtaposing multiple musical ideas and contrasting emotions vertically while each idea evolves and develops horizontally. The last movement, beginning with chimes, is an adagio that unfolds patiently. The turbulent and anguished motives from the second movement eventually evolve to tranquility and the serene. May Steven Stucky forever rest in peace and love.

Both Stucky and Cynthia Johnston Turner are very dear professors and friends in my life. When Cynthia asked if I would write a wind ensemble piece in memory of Steven Stucky, I was honored and thrilled. The piece was commissioned by WASBE (World Association for Symphonic Bands and Ensembles) and 32 consortium members. It is premiered by the Hodgson Wind Ensemble at the University of Georgia under the direction of my friend Cynthia Johnston Turner on March 2, 2018.