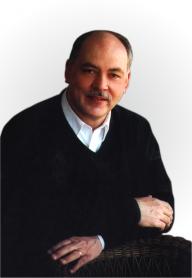 Mr. Himes earned his Bachelor and Master of Music degrees from the University of Michigan. For five years he taught instrumental music in the public schools of Flint, Michigan, where he was also adjunct lecturer in low brass at the University of Michigan-Flint. Mr. Himes continues to be in demand as conductor, composer, lecturer, clinician and euphonium soloist and has appeared throughout the United States, Canada, Australia, New Zealand, Sweden, Denmark, Norway and the United Kingdom.

Since 1977, Mr. Himes has been music director of the Salvation Army’s Central Territory, which encompasses the eleven Midwestern states. In this capacity he is also conductor of the Chicago Staff Band, an internationally recognized ensemble which has led on successful tours of Panama, Mexico, Chile, Canada, Singapore , The Philippines, Hong Kong, England and Australia. The band’s 1987 tour of England included performances in the Royal Albert Hall and Buckingham Palace, where Mr. Himes was privileged to meet The Majesty Queen Elizabeth.

Well-known for his compositions and arrangements, Himes has more than seventy publications to his credit. These, along with numerous manuscripts awaiting publication, are continually featured on international broadcasts and recordings.