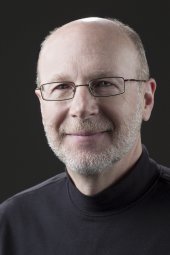 William G. Harbinson is an American composer and educator.

Dr. Harbinson received his Ph.D. in Music Theory from Florida State University, the M.M. in Music Theory from the University of Alabama, and the B.M. in Music Education from Appalachian State University. He taught band and chorus at North Rowan High School in Spencer, North Carolina (1977 to 1980). He was a graduate teaching assistant in music theory at the University of Alabama (1975-1977) and a doctoral teaching assistant in music theory at Florida State University (1980-1982). Dr. Harbinson joined the faculty of Florida State University as a visiting assistant professor of music theory in 1982. In 1984, he returned to Appalachian State University as the coordinator of music theory where he was awarded the Outstanding Teaching Award in 1992 and a UNC Board of Governors Excellence in Teaching College Award in 2014. He was recognized in Who's Who in America in 2006. He served as Associate Dean and coordinator of graduate studies in music (1988-2000) and served as Dean of the Hayes School of Music for nine years (2000-2009). Dr. Harbinson received the 100 Scholars Research Award from Appalachian State University in 2008; the award recognizes exemplary research or creative activity of a tenured faculty member. He received the Orpheus Award from Phi Mu Alpha Sinfonia in 2009; the award identifies those who have made lasting contributions to the cause of music in America.

Dr. Harbinson's compositions have been published by Carl Fisher (New York), Alfred Publishers (California), ALRY Publications (Charlotte), TRN Music Publishers (New Mexico), Cimarron Music Press (Connecticut) and the International Horn Society. His symphonic work Kallalanta won the Merle J. Isaac Senior Composition Competition in 2007. He has twice won the Hinda Honigman Cup competition sponsored by the North Carolina Federation of Music Clubs, recognizing two of his works as the best published compositions by a North Carolina composer in 2006 (All the Starry Band, Symphonic Band) and 2011 (Lake Dance, Symphony Orchestra). His composition for brass and percussion The Maestro's Flourish won the Dallas Wind Symphony Fanfare Competition in 2005. He has been nominated as the North Carolina Music Teachers Association Composer of the year (1986) and was a finalist in the Pi Kappa Lambda National Composition Contest (1993), the National String Orchestra Association Composition Contest (1998), and the Merle J. Isaac Composition Contest (2006). His Songs of Appalachia received an honorable mention in the Americas Vocal Ensemble Competition Contest (1999).

He appears regularly as a conductor, clinician, adjudicator, and guest composer/arranger.