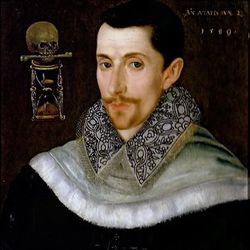 Little is known about his Brade's life. Around 1590 he left England to pursue a musical career in Germany, as did several other prominent English musicians, sensing better job opportunities abroad. He switched employments often between the various courts in north Germany and Denmark. His last years were spent in Hamburg, one of the few refuges available within Germany from the ravages of the Thirty Years' War. There is no evidence that he ever returned to England.

All of Brade's surviving music is for string instruments, and most is for dancing. The earlier music, for example, in his collection published in 1609 in Hamburg, is based on English models, and similar to the contemporary work of composers such as Peter Philips and John Dowland. Later he began to work with Italian models, writing the first known canzona by an Englishman; in addition he began to arrange his dances into suites, a practice which would become common during the Baroque era. Some of the dances he wrote were in forms previously unknown in Germany such as the branle, maschera, and volta. Stylistically, his music is more homophonic than much of the music by his English contemporaries, who still preferred a polyphonic idiom.

As a performer, he was famous for his fine technique; he was one of the most famous early violinists, and highly regarded in Germany. Several pieces by other composers were published in Hamburg as tributes to him after his death.