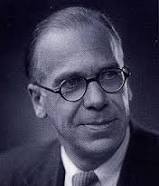 His father was a grocer and his family totally nonmusical, though they all shared a passion for literature and the arts. Alywn left school at the age of fourteen to assist his father in the grocery store, but he "was not cut out to be a provincial grocer," and he managed to gain entry to the Royal Academy of Music (RAM) as a flautist at the age of fifteen. At the Academy he also had some trainingin piano and was later to write some large-scale works for the instrument (Fantasy Waltzes, Sonata alla Toccata, Twelve Preludes and Movements). He also gained some experience in conducting.

His father's death compelled him to leave the RAM and to start earning a living by playing flute and some piano teaching. At that time he was appointed a professor of composition at the RAM, where he served from 1926 to 1955, and became a flautist in the London Symphony Orchestra.

Alwyn wrote over 70 film scores from 1941 to 1962. His classic film scores included Odd Man Out, Desert Victory, Fires Were Started, The History of Mr. Polly, The Fallen Idol, The Black Tent and The Crimson Pirate. Some of the scores have been lost, although many scores and sketches are now in the William Alwyn Archive at Cambridge University Library. Some works, for which only fragmentary sketches remained, were reconstructed by Philip Lane or Christopher Palmer from the film soundtracks themselves.

Alwyn relished dissonance and devised his own alternative to twelve-tone serialism. In his third symphony, eight notes of the possible twelve are used in the first movement, with the remaining four (D, E, F, and A-flat) constituting the middle movement, and all twelve being combined for the finale. The work was premièred by Sir Thomas Beecham.