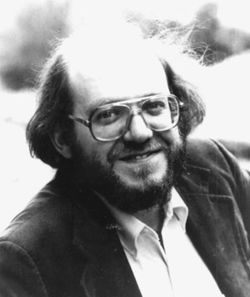 Albright studied at the Juilliard School of Music, the University of Michigan, and the Paris Conservatory. He interrupted his studies for the 1968–69 academic year when he received a Fulbright scholarship to study with Olivier Messiaen in Paris. In 1970, he joined the faculty of the University of Michigan, where he later was associate director of the electronic music studio; he taught at Michigan until his death.

His music combined elements of tonal and non-tonal classical music (in particular the influence of Messiaen) with American popular music and non-Western music, in what has been described as "polystylistic" or "quaquaversal" music -- which makes the definition of an overall style difficult. Albright made a specialized study of ragtime, the works of Scott Joplin in particular. He was a principal figure in the revival of interest in ragtime. In addition, he gave many first performances of organ and piano works by American and European composers. He composed music for the stage, chorus, voice, orchestra, chamber music groups, and for keyboard instruments.