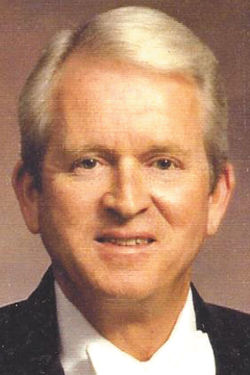 Renwick took piano lessons from age 7 years until 14 when he was presented with a horn. He played his first orchestral concert at age 15 with the Stockton Civic Symphony under Manlio Silva.

On December 8, 1941, Renwick enlisted in the United States Navy, serving in bands in Washington DC, North Africa, Norfolk VA, and Japan. He left the Navy to continue studying horn under Willem Valkenier and Harold Meek at the Longy School of Misic in Cambridge MA, graduating in 1951. He was assistant principal horn in the Pittsburgh Symphony for two seasons.

Wilke then entered the New England Conservatory of Music to complete a second Bachelor's degree. While there he played third horn with the Boston Pops under Arthur Fiedler, including a seven-week tour of the Midwest and East Coast. He graduated with high honors in May, 1954, and became the principal horn of the Denver Symphony Orchestra. He remained with the DSO for 32 years, retiring in October 1986. While in Denver, he completed his Master of Arts in Music Education.

Wilke Renwick was also a composer of some note. In addition to several suites for orchestra, he composed an encore for brass quintet, Dance, which has been played in over 30 countries. Wilke and his wife, Janice Burtt Renwick, moved to the English Cotswolds for the next four years. Wilke played with and conducted the Blockley Brass Band during that time as well as free-lancing with five different pro-am orchestras in the nearby towns. The Renwicks returned to Fort Collins, Colo. in 1990 where Wilke played with the faculty brass quintet at Colorado State University and third horn in the Fort Collins Symphony.

Wilke and Janice moved to Florence, Oregon, in 1998. He helped to found the Florence Brass, a brass quintet that entertained at the gazebo in the Old Town park on summer Saturdays for the next five years. Wilke was a charter member of the Oregon Coast Chamber Orchestra conducted by Robin DeVour.