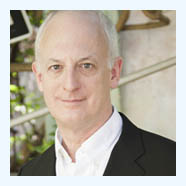 I first heard the majestic sounds of the a great Wurlitzer organ, not in the shrouds of a great cathedral or under the magical fingers of Virgil Fox in concert, but rather at Radio City Music Hall, somewhere between the Rockettes and a feature film. Widorama! is my tribute to those grand Saturday matinees when the possibilities of sound and orchestration, first encountered in an Art Deco palace of Emerald City kitsch on Sixth Avenue between West 50th and 51st Streets, appeared infinite to a young boy.

Charles-Marie Widor’s (1844-1937) great Toccata from his Symphony No. 5 for organ composed in the 1880s in Paris would seem a most proper choice for this remembrance. Widorama! is an arrangement for concert band of the Widor's work.