Who Has Seen the Wind? 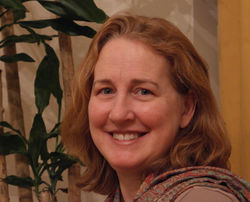 While living in Helsinki, Finland, I visited the Sibelius Monument, an abstract sculpture by Eila Hiltunen dedicated to Finland’s most famous composer. This sculpture uses a cluster of 600 stainless steel pipes to represent Sibelius’ music. The air in the pipes, like his music, is ethereal; it cannot be seen -- only heard via motion of something like an air column of an organ pipe or wind instrument such as a clarinet.

The impalpable nature of air is also the subject of Christina Rossetti’s poem Who Has Seen the Wind?

As I read this poem to my young daughter while in Finland, I attempted to write music that represented through sound what Rossetti was trying to describe through words. The resulting work for woodwind ensemble, Who Has Seen the Wind?, is approximately seventeen and a half minutes long and falls into two movements performed attacca [without pause]. The first movement, inspired by Hiltunen’s sculpture, is reminiscent of air passing through a giant pipe organ. The relationship between air, sound, breath and music is captured in the sound of the opening contrabass clarinet tone emerging from the sound of breath from the player. A subsequent E-flat chord is passed through the woodwind ensemble for nine minutes.

After an introductory passage in the second movement, running sixteenth-note passages occur; these are meant to evoke the rustling motion of wind and air discussed in Rossetti’s poem. This rustling motion moves through the ensemble and rises to a climactic passage that then dissipates into the upper register of the ensemble. After an extensive vibraphone solo, pitch and rhythm fade away. At the end, all that is left is the sound of a single clarinet -- the timbre of a single air column that opened the work.