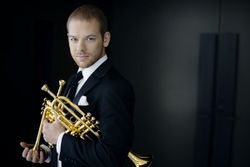 In 1942, five students and one professor at the University of Munich formed a clandestine resistance movement known as "The White Rose." Over the span of nine months, The White Rose published and widely distributed six anti-Nazi leaflets, calling on the German people to awaken their senses and resist. All members of The White Rose were caught and swiftly executed in 1943, but they remain iconic and cherished figures in Germany today. This Elegy is a reflection of their courage.

White Rose Elegy was performed as a world premiere in Lincoln Center by the Canadian Brass and New York Philharmonic Principal Brass.