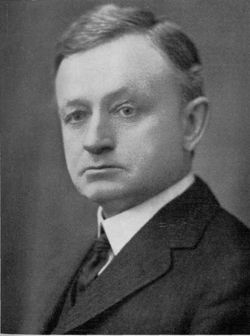 Thomas S. Allen’s music reflects his life as professional musician and manager in the world of entertainment. He was a violinist and made his debut with a professional dance orchestra in Massachusetts at the age of twenty. He later played in an opera house orchestra in Boston. Allen was the business manager for Edwin G. Bates Musicians for a time, managed several musical acts and was even the musical director for a burlesque show, but eventually he returned to orchestra playing. Allen wrote a great amount of music for a variety of dances, acrobatic acts, and short dramatic sketches, but unfortunately almost all of his works are forgotten. Only a few rags and galops are still heard in rodeos, circuses, and concerts.

Whip and Spur was written to be played during an old time rodeo. The performance tempo and style of this piece made it a favorite for the most exciting circus acts and rodeo rides.

Thomas S. Allen was an excellent violinist, an impresario, and a composer of music, which reflected his life as a professional musician in the world of entertainment. In addition to writing a number of instrumental pieces, including marches and waltzes, he was the first to produce the popular vocal tunes known as “Street Hawker Songs.” Allen wrote a considerable amount of music for a variety of dances, acrobatic feats, and short dramatic sketches.

Although it is labeled as a march, Whip and Spur is more appropriately called a galop, a fast type of music used to accompany circus acts. When such composers as Offenbach and Liszt were writing galops in France during the middle of the 18th century, the tempos were not much faster than the Bohemian polkas. But by the time Allen was composing, the galop was no longer a dance. It was used for circus and vaudeville acts, and the tempo continued to increase. Now, at almost double the standard march tempos, the galop is played for the most exciting circus acts and for the fastest rodeo rides.