When You Wish Upon a Star (arr Nestico) 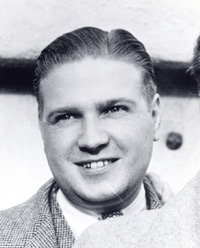 When You Wish Upon a Star is a song written by Leigh Harline and Ned Washington for Walt Disney's 1940 adaptation of Pinocchio. The original version was sung by Cliff Edwards in the character of Jiminy Cricket, and is heard over the opening credits and in the final scene of the film.