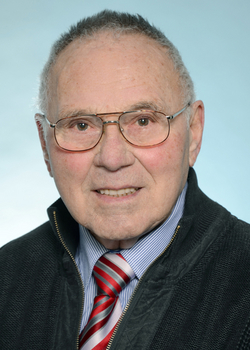 25 years ago in Germany a political change happened having an incredible impact on the lives of so many people. With the fall of the Berlin Wall the citizens of the German Democratic Republic (GDR) acquired a freedom which they had eagerly longed for, which they had been fighting for and which they had not dared to dream of. During the months before the turnaround, it had become clear that something had to change -- the resistance against massive restrictions and the urge for freedom had grown unstoppably. Still, a change of this magnitude was a surprise to everyone. The world of the GDR citizen drastically changed in but a glimpse of time. The sudden turnaround also brought uncertainty: How would Russia react? Was a civil war about to happen? There were so many possible scenarios, but a German reunification as it happened a few months later was beyond any imagination at the time when the Wall fell.

The turnaround also brought serious reorganization that had terminal consequences for some people. One of them was Siegmund Goldhammer. On one hand he was incredibly happy about the opening of the borders. He had suffered political and personal repression as musical director of the military band of the guards regiment, and after his dismissal due to illness he had worked hard for a freelance job as composer and conductor. Furthermore his father and his sister lived in West Germany, where he could now travel to without any problems. On the other hand all of his commissions as composer and conductor suddenly vanished. His commissioners had been, for example, orchestras of the National People’s Army or the Ministry of the Interior, which both had been abolished with the political change. From one moment to the next, Goldhammer’s artistic environment was gone and he was confronted with an unthinkable desperation. He describes this as a “decisive turning point that pulled the rug out from under my feet and that I will never forget”. It took two long years of unemployment and uncertainty until there appeared the possibility to work as director of the newly founded Berlin Wind Orchestra. Additionally his connection to music publishers -- notably Siegfried Rundel -- made it possible for Goldhammer to work again. This radical experience has bothered Siegmund Goldhammer every day for 25 years -- sometimes consciously, sometimes unconsciously. The closer the anniversary of the turnaround came, the more he felt that he had to express his feelings about this. He had to make his musical contribution as a composer. He did not want to work concrete happenings into a programmatic piece but to express emotions of this eventful time.

In the center of his composition Wendepunkte 1-9-8-9 (Turning Points 1-9-8-9) is the sequence of intervals 1-9-8-9 (root, ninth, octave, ninth). In the beginning you can hear and feel conflicts and uncertainty. The music does not have a defined key but changes restlessly between harmonies. Dissonant clusters symbolize tension. Goldhammer uses fragments of the folk song Die Gedanken sind frei (Thoughts are free) to express the longing for freedom. The anthems of the German Democratic Republic and of West Germany also appear in short snippets. Not till the finale does the composition find a definite key. This new regulation brings strength and courage. A full quote of Die Gedanken sind frei symbolizes the demand “Wir sind das Volk“ (We are the people). The following blending of both anthems expresses the call “We are ONE people!” A striking rhythmic motif leads to the ending of Wendepunkte 1-9-8-9, a hymn for a future in unity and freedom.