Water Is Wide, The (arr Zaninelli) 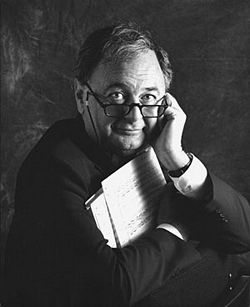 The Water Is Wide (also called O Waly, Waly or simply Waly, Waly) is a folk song of Scottish origin, based on lyrics that partly date to the 1600s. It remains popular in the 21st century. Cecil Sharp published the song in Folk Songs from Somerset (1906). It is related to Child Ballad 204 (Roud number 87), Jamie Douglas, which in turn refers to the ostensibly unhappy first marriage of James Douglas, 2nd Marquis of Douglas to Lady Barbara Erskine.

The imagery of the lyrics describes the challenges of love: "Love is handsome, love is kind" during the novel honeymoon phase of any relationship. However, as time progresses, "love grows old, and waxes cold." Even true love, the lyrics say, can "fade away like morning dew."