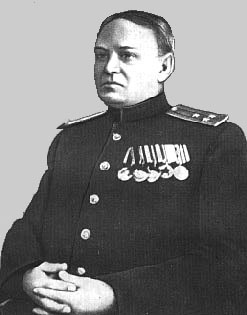 Orphaned at an early age, Agapkin was unofficially adopted by a military band leader who placed the 10-year old in his ensemble, beginning his love affair with music. He later studied at the Tambov School, after which he joined the army. The loss of his parents obviously still lingered, as in 1928 Agapkin organized a brass band consisting of homeless children, many of whom later became professional musicians.

Arguably, his greatest call to fame is the march Abschied der Slawin (The Farewell of a Slavyanka), a march dedicated to Slav women in the Balkan countries who saw their men go off to war against Turkish enslavers.