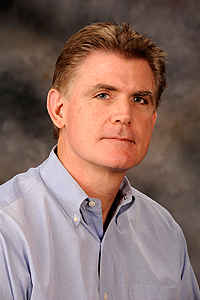 Casey received his Fine Arts Degree from the Syracuse University School of Visual and Performing Arts in 1957.

In the mid-1960s, Casey met Jim Jacobs while acting with the Chicago Stage Guild, and the two began collaborating on a play with music about high-school life during the golden age of rock 'n' roll in the 1950s. Entitled Grease, it premiered in 1971. Casey quit his day job as a department store lingerie buyer and the team headed to New York City.

Casey's acting credits include the original production of David Mamet's Sexual Perversity in Chicago in 1974 at the Organic Theater Company. In 1976, he wrote Mudgett. He wrote (with Jim Jacobs) Island of Lost Coeds, a two-act musical. He also contributed incidental music to Twelfth Night in 1976 and new lyrics to June Moon in 1977. In addition, Casey worked in the musical Cats.

Casey died of AIDS-related complications in Chicago at the age of 53.