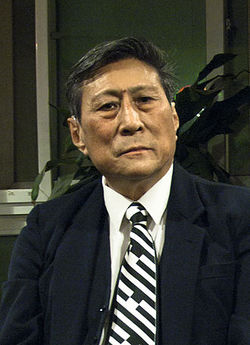 Wang Xilin (b. 13 December 1936, Kaifeng, China) is a Chinese composer and conductor.

Wang spent his childhood in Pingliang in the Gansu Province. When he was 12 he taught himself music theory, the huqin, accordion, brass instruments, as well as instrumentation and arranging. His first exposure to Western music was in 1955 when he began studying conducting at a music school run by the People's Liberation Army Central Committee. He studied theory and piano at a teachers college in Shanghai and graduated from the Shanghai Conservatory in 1962 where he studied composition with Liu Zhuang, Ding Shande, and Qu Wei.

While still a student, Wang composed his String Quartet No. 1 (1961) and the first movement of his Symphony No. 1 (op. 2, 1962, this was his graduation work) which led to his appointment in 1963 as composer-in-residence of the Central Radio Symphony Orchestra. Later in 1963 there were political changes in China under Chairman Mao Zedong which led to a crackdown on Western music, especially that of the 20th century. Wang gave a two-hour public speech in 1964 criticising such policies, which led to him being stripped of his position with the Central Radio Symphony Orchestra. He was banished to Shanxi Province until 1977. From 1964 to 1978, Wang was forced to work as a laborer in Datong, spent 6 months in a mental asylum, and was imprisoned during Cultural Revolution. As a result of being beaten he lost a tooth as well as about 20% of his hearing.

In the late 1970s he started conducting again, working with the Southeast Shanxi Song and Dance Ensemble in Changzhi. After the Cultural Revolution he returned to Beijing and started to compose again. He became well known for his Yunnan Tone Poem (1963), for which he was awarded the highest prize given by the Chinese government in 1981. It has been performed in many countries. He also won the same award in 2000 for his song Spring Rain and in 2004 for Three Symphonic Frescoes – Legend of Sea.

After 1980 Wang was able to study scores of modern Western composers and discovered the music of Béla Bartók, Igor Stravinsky, Arnold Schoenberg, Krzysztof Penderecki, Alfred Schnittke and Witold Lutosławski. He has also been greatly influenced by Russian music, especially that of Dmitri Shostakovich, and by Chinese folk music.

Wang's compositions include chamber and vocal music, 9 symphonies, 2 symphonic suites, 2 symphonic cantatas, 3 symphonic overtures, a choral concerto and a violin concerto. He has also provided the music for 40 films and television productions. His works have been performed in the, Australia, France, Germany, Switzerland, and the United States. His 6th Symphony was written for the Beijing Olympic Games in 2008. The Ninth Symphony, 'China Requiem', was premiered on 13 December 2015 by conductor Tang Muhai and the China National Symphony Orchestra. He is Composer in Residence of the Beijing Symphony Orchestra.