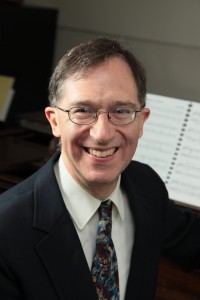 Walter B. Saul II is an American composer and pianist.

Saul holds degrees from Duke University and the Eastman School of Music.

Performances of his works have occurred in 24 states and six nations. His many composition honors include 24 ASCAP awards from 1990-2014, as well as “Composer of the Year” commissions from North Carolina Music Teachers Association (1986) and Oregon Music Teachers Association (1990). He was also awarded the Burlington Northern Faculty Achievement Awards in Scholarship at Warner Pacific College in 1989 and 1992. In 1998 and 2002, he won Warner Pacific College’s Kendall Award for Scholarship. In 1996 and 1999, Saul was one of ten composers selected to participate in the Ernest Bloch Composers Symposium in Newport, Oregon. Saul has also received numerous Meet the Composer grants.

As a pianist Saul has performed and presented clinics extensively. He has been heard on radio in four states and has served as clinician and adjudicator throughout the Carolinas and in Oregon and California.

His biography appears in International Who Who’s In Music, Who’s Who in Society, Men of Achievement, 5000 Personalities of the World, Dictionary of International Biography, Outstanding People of the 20th Century (2nd edition), and American Keyboard Artists.