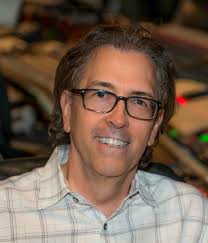 Murphy grew up in Manhattan. At age four, he attended music lessons hosted by Rosa Rio, studying an array of instruments, including the organ and piano. Rio frequently opted for him to star in television advertisements for the Hammond organ.

Against the wishes of his father, who was a real estate agent and wished to pass down his business to his son, Murphy enrolled in the Manhattan School of Music in 1970; recalling his experiences with his father, Murphy stated "He wanted me to be a doctor or lawyer—or something you can depend on." There, Murphy studied jazz and classical piano; referring to his studies, he stated "There never was a time when I wasn't studying music."

During this period, the bands on the Dick Cavett Show and the Tonight Show performed his arrangements. In 1974, he wrote an updated version of Beethoven’s 5th Symphony, entitled A Fifth of Beethoven. It was a hit, and reached number 1 on the Billboard Hot 100 list. Further classical–disco fusions followed, such as Flight '76, Rhapsody in Blue, Toccata and Funk in 'D' Minor, Bolero, and Mostly Mozart, but were not as successful.

In a career spanning nearly five decades, Murphy has written music for numerous films and TV shows. He has had a long-running partnership with Seth MacFarlane, composing music for his films and TV shows such as Family Guy, The Cleveland Show, American Dad!, Ted, and Ted 2.