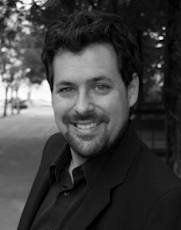 Visionary is inspired by the life of Apple co-founder, inventor and entrepreneur Steve Jobs, who passed away on October 5, 2011. Upon his death, many in the U.S. – including myself – took time to consider the dramatic impact that Jobs' technological innovations had on our daily lives. While listening to an interview discussing Jobs' legacy, I was struck by the interviewees' description of Jobs' vision, who explained that Jobs did so much create new technologies, but rather had the uncanny ability to take complex technologies and make them simple.

Having been inspired by this interview, I set out to construct Visionary in this same manner. Early in the piece complex fragments of ideas are introduced in a rather ephemeral and intangible manner – more like "melodic wisps" than true melodies. Over the course of the short three-and-a-half minute work, these wisps slowly merge and clarify, eventually transforming into short melodies that can be clearly discerned. Towards the climax of the work, one theme emerges from the rest as the clearest, most present and identifiable melody. It is here that the vision of the work finally comes to fruition in the form of a grand melody that could only occur as a culmination of the idea fragments that occurred before it.

As an added tribute to Mr. Jobs, the initial chord of the work is a G major triad (with some added 7th) intentionally score to evoke the start-up chime of the current generation of Apple Macintosh computers.

Commissioned for the Fresno State Wind Orchestra for their performance at the 2012 College Band Directors National Association Western/Northwestern Division Conference in Reno, Nevada.