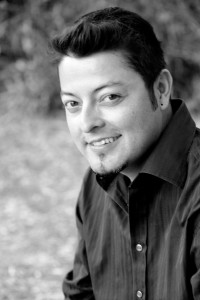 Vince Oliver (b. June 1978, Modesto, Calif.) is an American percussionist, composer and arranger.

M.r Oliver began his musical journey at the age of nine, playing the saxophone and piano. While in high school, Vince was introduced to percussion and immediately fell in love. He studied percussion performance and music composition at University of Southern California's Thornton School of Music, and one week after graduating moved to Florida to join and train with the cast of the Broadway show, Blast!. Vince toured with the company for two years throughout the U.S., Canada, and Japan as the featured marimba soloist. He left the full-time touring life in 2003 and became the percussion dDirector at James Logan High School, a position he held for ten years. During his summer months, Vince was able to tour Japan as a featured percussionist in several productions MEG/KTI: Blast 2005, Blast II MIX 2006, Blast (Broadway Version) 2007, Blast II MIX 2008, Blast (Tour Version) 2009.

As a composer/arranger, Mr. Oliver has had the privilege of writing for various ensembles throughout the world. His wind ensemble and orchestra compositions have been performed at The Walt Disney Concert Hall, Carnegie Hall, The Kennedy Center, The Palau de Música in Barcelona, and his parade arrangement of 2012 Overture for Saratoga High School was featured in the 2012 Macy's Thanksgiving Day Parade. Press, a new piece for string orchestra and electronics, was premiered at the 2014 Midwest Clinic by the Saratoga String Orchestra, and an untitled piece for Ben Davis High School was premiered at the 2015 Bands of America Festival. He arranges for several marching bands across the U.S. and Japan, and is currently the electronics designer for the Bluecoats Drum and Bugle Corps. In 2017 and 2019, he had the honor of being musical director and co-arranger for a new Blast production in Japan featuring the music of Disney.

Vince currently [2022] is the percussion director/composer-in-residence at Saratoga High School, endorsed by Innovative Percussion, and is a proud member of ASCAP.