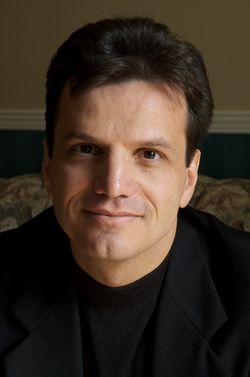 Vince Gassi (b. 3 October 1959) is a Canadian composer, conductor and clinician.

Dr. Gassi received his Bachelor of Music degree from the University of Western Ontario in London, Canada, and later studied composing and arranging at the Dick Grove School of Music in Los Angeles, California. He recently completed his Ph.D. at York University in Toronto, Canada.

With over 100 published titles to his credit since 2006, Vince's works appear on many international concert and contest lists. He continues to receive many commissions, and his works have been recorded and performed throughout North America, Europe, and Japan. His pieces are frequently performed at the Midwest Band and Orchestra Conference in Chicago, Illinois.

For twenty-five years Vince has taught instrumental music at the elementary and secondary school levels. He is in frequent demand as a guest conductor, adjudicator, and clinician throughout the United States and Canada. His Cool Ideas, Arranging Concepts, Digital Workflows, and Creativity Workouts seminars focus on ways to engage students and teachers in the creative process.