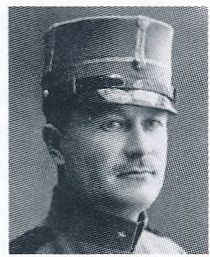 Widqvist began his military career in 1898 at the age of 17 by enlisting in the Royal Svea Engineer Band. He graduated from the Royal College of Music in 1908, studying with such prominent musicians as Magnus Ahlbergm, Sven Kjellstrom, and Ernst Ellberg. From 1910 to 1922, he served as chief violinist in various orchestras, and between 1923 and 1927 he served as bandmaster of the Royal Engineers in Karlsborg, where he was commissioned a lieutenant (1927). In 1925 he retired from military service at the age of 44 following the government’s reduction in the number of military bands from 60 to 34. He then returned to Stockholm and performed as a violinist, tubist, and conductor for many years.