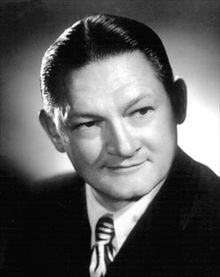 Victor Young (8 August 1900, Chicago - 10 November 1956, Palm Springs, California) was an American composer, arranger, violinist, and conductor. While still young, his parents sent him to Warsaw, Poland, where he studied violin at the conservatory. He made his debut with the Warsaw Philharmonic at the age of 17. He returned to Chicago in 1920, after touring Europe, and was named music director at the Central Park Theater. He then moved to Los Angeles, where he was conductor in a movie theater and later joined Ted Fiorito’s Orchestra as arranger and violinist.

Young lived in New York City from the late 1920s until 1935 and then returned to Hollywood, where he formed his own orchestra. This orchestra played in films and made many recordings. He wrote music for approximately 350 Hollywood films, including Around the World in 80 Days, Shane, The Greatest Show on Earth, and Paleface.