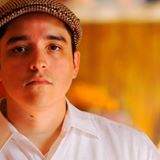 Victor Márquez-Barrios is a Venezuelan composer and guitarist.

Dr. Márquez-Barrios began his musical studies under the guidance of Prof. Gerardo Soto (classical guitar) at Maracaibo’s Music Conservatory. In 1998, he moved to Caracas to attend the University Institute of Musical Studies, where he worked under the wing of such masters as Prof. Luis Zea for classical guitar, Prof. Federico Ruiz for composition, and Prof. Gonzalo Mico for Jazz guitar, earning his Bachelor Degree in Music Composition in 2005.

As a guitarist, Márquez-Barrios has been part of numerous festivals and seminars, as well as workshops, conferences, and master classes with well known masters of international acclaim, such as: Alirio Diaz, Luis Zea, David Russell, Carlos Barbosa-Lima, and Leo Brouwer.

In 2016, Dr. Márquez-Barrios joined the composition faculty at Baldwin-Wallace College in Berea, Ohio.