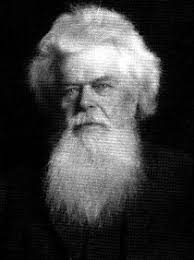 Ewald’s formal musical training began in 1872 when he enrolled at the St. Petersburg Conservatory at the age of twelve. Founded in 1861 by Anton Rubenstein, this institution was the first of its kind in Russia and it was here that Ewald received lessons in cornet, piano, horn, cello, harmony and composition.

Ewald’s cello teacher Karl Davidov encouraged him to immerse himself in practical music making of any sort whenever the opportunity arose. For that reason Ewald soon became (and was to remain throughout his life) one of the most active and versatile members of a remarkable circle of dilettante musicians. This group, whilst all being amateur in the strict sense of the word, made, with the influence of a shared interest in indigenous folksong, a significant contribution to the development of a distinctive Russian national musical style which, for the majority of the 19th century had been almost entirely submerged by the Germanic tradition in both teaching and practice.

For many years Ewald’s four quintets were considered to be the first original pieces composed specifically for an ensemble which is recognizable today as essentially the modern brass quintet -- consisting of two treble, valved instruments, one alto, one tenor and one bass. A recent discovery of 12 four-movement brass quintets, thought to have been written in the 1840s by the French composer Jean François Bellon show that Ewald was not actually the unwitting pioneer he was long thought to be. However, the popularity of his quintets has in no way diminished because of this. Both Bellon and Ewald wrote music that displayed the increased virtuosity and homogeneity possible as a result of developments in brass instrument design and manufacture in the second half of the 19th century.

There is no documented evidence of exactly for whom Ewald composed his quintets, or the exact instruments on which he envisaged them being performed.

For many years it was wrongly thought that Ewald was the composer of only one quintet, his Op. 5 in B flat minor, because this was the only one published (by Edition Belaïeff in 1912) during his lifetime. The discovery of the other three works was due to the tireless research of André M. Smith.

Ewald was a professor of Civil Engineering in St. Petersburg, and was also the cellist with the Beliaeff Quartet for sixteen years. This was the most influential ensemble in St. Petersburg in the late 19th century, introducing much of the standard quartet literature to Russian concertgoers. He also collected and published Russian folk songs. Ewald’s professional life, like that of many of his musical contemporaries, was in an entirely different field; that of a civil engineer, in which he excelled, being appointed in 1900 as professor and manager of the Faculty of Construction Materials at the Institute of Civil Engineers. An obituary signed by his fellow professors of the I.C.E. makes mention of a profound heritage in the development of materials production for construction resulting from Ewald’s work, and suggests that “…an entire industry for the production of brick and cement manufacturing is beholden to him”. Brass players however are indebted to him for something very different – a series of quintets which have become a staple of the repertoire and which represent almost the only, and certainly the most extended examples of original literature in the Romantic style.