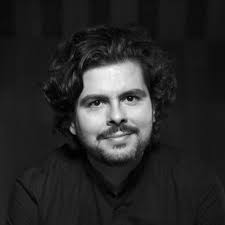 Victor Agudelo (b. 1979, Colombia) is a Colombian composer and educator.

After a childhood amongst tiples, bambucos and pasillos (Colombian popular music genres) and a youth marked by the first compositions, Víctor Agudelo began studying classical piano and music theory at the Colombo-Venezolano School of Music. Years later, he continued his popular piano studies at the Colegio de Milsica de Medellin. He entered the Universidad EAFIT to study music in 1998. As a student he composed in 2003 Las Cuatro Chalupas (The four boats), work that marked him as a promising composer in his country and launched him to the international realm.

Víctor traveled to the United States to take master and doctorate studies in composition, theory and orchestral conducting at the University of Memphis. Under maestro Kamran Ince’s baton, he incorporated sonorities from other latitudes (Australia, Indonesia, Mongolia, Sardinia) into his musical aesthetics. It was during those days that he composed Continental Prism, work that received the Morton Gould Young Composer Award, ASCAP Foundation, New York (2009).

During that time he also composed Pagoda Tale, which sums up his travel to China as a conductor and assistant pianist of the University of Memphis Symphony Orchestra, and two compositions where he approaches the difficult situation of the armed conflict and the social inequality of his country: Bojayá-Chocó 2002 and Mazorca a $1000.

Dr. Agudelo returned to Colombia and experimented with a compositional phase that moved away from national referents. That work produced such compositions as Hexaedro, Epitaphium and www.ATRESBANDAS.com. But his interest for Colombian influences came back and from it emerged pieces such as El Sombrerón ("The big hat"), winning work of the 2016 Houston Symphony Orchestra Young Composer Award, Diálogos Montunos ("Mountain dialogues") and Circular Sur - piano concerto. This latter work was the winner of the 2018 initiative to stimulate Art and Culture (In Spanish: Convocatoria de Estímulos para el Arte y la Cultura 2018), organized by the Secretary of Civic Culture of Medellín.

At present, Víctor's life is still in motion: he is associate professor at Universidad EAFIT, directs the Periscopio Ensemble, and carries out specific composition projects through commissions and collaborations with international artists.