Variations on "Barnacle Bill, the Sailor" 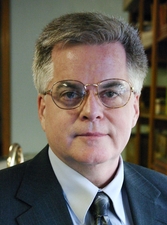 There are several versions of the bawdy song in the Gordon "Inferno" Collection at the Library of Congress folklife archive. The first printed version of the song is in the public domain book Immortalia (1927). Later versions feature the eponymous "Barnacle Bill", a fictional character loosely based on a 19th-century San Francisco sailor and Gold Rush miner named William Bernard. Versions are also known in England and Scotland from the early twentieth century.

The earliest known recording is an expurgated adaptation by Carson Robison and Frank Luther in 1928. This version was also recorded on May 21, 1930 by Bix Beiderbecke and Hoagy Carmichael with Carson Robison on vocals and released as a Victor 78, V-38139-A and 25371. In 1996 it was released on CD on the album "Bix Beiderbecke 1927–1930."

The tune has inspired a Fleischer Studios Betty Boop cartoon and two films, as well as the name of a rock on Mars. Louis Jordan (The Elks Rendezvous Band) recorded it in 1938. In the first Fleischer Popeye cartoon, Popeye the Sailor (1933), Barnacle Bill was used as the recurring theme for the Bluto character.

Steven Frank created the variation on the theme, with humorous intent, in 1993 for bass trombone or tuba with piano accompaniment. The band accompaniment was arranged by Jamie Hafner.

- Program Note by Dave Strickler based a performance by the Reno (Nev.) Wind Symphony, 4 March 2015.

Finally the bass trombonist has an "Arthur Pryor-style" showpiece. This clever theme and variations weaves several traditional sea songs into a virtuosic and extremely demanding solo.