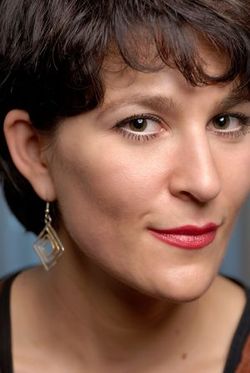 Vanessa Lann (b. 6 April 1968, Brooklyn, New York) is an American composer and educator living in the Netherlands.

In addition to her music courses, Lann studied film theory and physics. In 1990, Vanessa Lann was awarded the Harvard University John Knowles Paine Travelling Fellowship, which brought her to The Netherlands for further study in music composition. She received her Diploma with highest honors in 1993 from the Royal Conservatory of The Hague, where her teachers included Theo Loevendie, Gilius van Bergeijk and Louis Andriessen.

Lann is known for contemporary compositions for underutilized instruments such as the bass clarinet, bassoon and toy piano. Her compositions have been broadcast on radio, recorded on compact discs, and performed in music festivals in Europe and North America. She has written numerous types of compositions, including concertos and operas. In 1990, she was musical director at the American Repertory Theater.

At present, Lann lives and works as a composer and pianist in The Netherlands. She is also a Professor of Music at Webster University in Leiden, where she enjoys combining musicological studies with other related fields. Vanessa Lann also works as a visiting lecturer at individual events and cultural series on topics involving music, art, history and society. Besides, Lann is frequently invited to give pre-concert introductions and interviews at a wide range of performance spaces. Furthermore, she advises schools and other educational institutions on their policies and programs to optimize engagement and stimulate inspirational trajectories in teaching and learning environments for students of all ages.