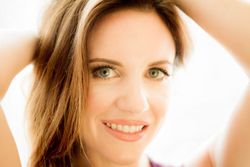 Uprising (2012) was written for the Eastman Wind Ensemble and premiered October 2012 in Kodak Hall, Eastman School of Music, under the direction of Mark Scatterday, featuring Aaron Staebell on drum set.

Uprising is the wind ensemble version of the 2010 big band work Overdrive. I titled the piece Uprising because there are bursts of energy from various instrumental groups that rise up out of the texture. The original version of Uprising was written for big band, and I wanted to write a special wind ensemble version utilizing all of the wonderful colors and textures that this ensemble has to offer. The drum set part is completely improvised with only minimal directions here and there in order to provide the player with the freedom to provide their own interpretation.

Uprising was revised for the West Coast premiere May 2018 by the Oregon State University Wind Ensemble under the direction of Chris Chapman.