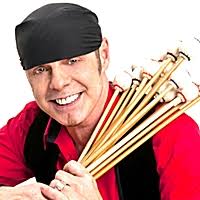 The Universe: Concerto for Three Marimbas (2012/2019) was premiered with the Beijing Symphony Orchestra in Beijing, China, in October 2012 by the composer and Chin Chen Lin performing the solo marimba parts. Originally written for two marimbas and string orchestra, The Universe was commissioned by Lin. The work was transcribed for three marimbas and wind orchestra by Dr. Nicholas Enrico Williams.