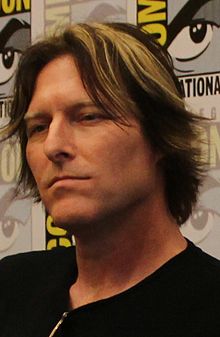 Tyler Bates (b. 5 June 1965, Los Angeles, Calif.) is a music producer and composer for films, television, and video games.

His recent work includes James Gunn's Guardians of the Galaxy, which has become one of the highest grossing domestic movies of 2014. Bates previously scored Gunn's movies Slither (2006) and Super (2010). Tyler also worked with James on The Belko Experiment due for release in 2016 and has started work on Guardians of the Galaxy Vol. 2.