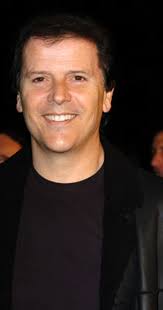 Born into a musical family and raised in Johannesburg, Rabin took up the piano and guitar at an early age and became a session musician, playing and producing with a variety of artists. In 1972, he joined the rock band Rabbitt, which enjoyed considerable success in South Africa, and released his first solo album, Beginnings. In 1978, Rabin moved to London to further his career, working as a solo artist and a producer for various artists including Manfred Mann's Earth Band.

After moving to Los Angeles in 1981, Rabin gained prominence as the guitarist in the progressive rock band Yes from 1983 to 1995. His first album with the group, 1983's 90125, which was developed mostly from his own demos, remains their biggest selling album helped by the U.S. number one single Owner of a Lonely Heart. After Big Generator (1987) and Union (1991), Rabin produced Talk (1994) and left the group after its tour. During his time in Yes, Rabin acquired American citizenship.

Rabin became a prolific film composer and has since scored over 40 feature films, most notably his frequent collaborations with producer Jerry Bruckheimer. In 2017, Rabin was inducted into the Rock and Roll Hall of Fame as a member of Yes. Rabin is also the man behind the theme song for NBA on TNT's Inside the NBA, which has been a staple of the show since 2002.