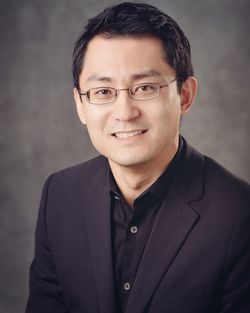 Trace tells a musical story of a disappearing past due to industrialization. From nostalgic melodies to visceral rhythms, the music rises and falls throughout its 13-minute duration, often refreshing the sound palettes by highlighting different players in the ensemble. There is great contrast in the music, as if looking at a shining new city through century-old memories.

The piece opens with a burst of energy: the spirited flute solo is mixed with colorful harmony. An arioso follows. It is simple and melodic, with frequent, parallel key changes – as if bending time. The music slowly grows larger in orchestration and eventually reaches a full soundscape with increasingly expansive melody line and harmony.

A second arioso appears. Still and chorale-like, it is first supported by plush clarinets and then darkens dramatically with a cadenza-like saxophone solo. Rugged brass chords and rapid woodwind patterns ignite a bright and fast toccata. Based on a folky motif, the toccata highlights different players in the ensemble (solos, pairs, trios and entire sections), reuniting traces of previously heard materials. After reaching a climactic point, the piece closes with an airy coda, which grows more and more distant measure by measure, until it vanishes with a sigh.

“Trace” was originally commissioned and premiered by the Cincinnati Symphony Orchestra. My sincere appreciation goes to Simon Holoweiko, who initiated this project with an excellent transcription. I made further arrangements and composed new materials for the current version.