Toward the Splendid City 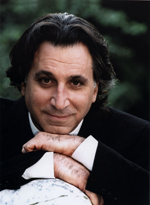 Toward the Splendid City was composed on commission from the New York Philharmonic. While composed as a portrait of New York, the city in which I live, it was written almost entirely away from home. Work on the piece began in Seattle in the spring of 1992 and was completed in mid-August of that year in Taos, New Mexico. At the time I was nearing the end of a year-long residency with the Seattle Symphony and had serious second thoughts about returning to New York. Life was always complicated in the city and easier, it seemed, everywhere else. I was, however, not without a certain pang of nostalgia for my hometown, and as a result Toward the Splendid City was driven by my love-hate relationship with New York. It was, needless to say, a relationship badly in need of resolution.

Eventually, upon returning to Manhattan, I began to understand that the humanity and difficulty of New York were inseparable -- and that if in the difficulties of urban life humanity is to be embraced, then the inconveniences must also be accepted.

Toward the Splendid City is, in addition to being a portrait of New York, a tribute to its Philharmonic Orchestra. The first performances took place in the first week of January 1996, with Leonard Slatkin conducting the Philharmonic.

Having written this work nearly 25 years ago, I now realize that it is also a snapshot of the city at a time when New York may have been at its most vibrant. I often look back at the 1980s and 1990s as having been something of an American equivalent to what Paris in the 1920s must have been like.

Part of what made New York feel so alive during that time was a sense of optimism that was felt by many of its citizens, and its landmarks -- the New York skyline, Central Park, Yankee Stadium, Fifth Avenue -- were, and to some extent still are visual manifestations of that optimism. Since 9/11, and following some of the financial challenges that the country has been wrestling with, this sense of optimism has faded somewhat, but the energy still to an extent remains.

Some of the sections in Toward the Splendid City have their own visual equivalents. I've always associated the beginning of the work with this special passing over the Triboro Bridge into Manhattan from the airport, with the famous skyline of New York on the left side. As a child I remember that and getting this rush of energy whenever I would see it. In the middle of the work, with its rumbling baseline ostinato, was composed with an accompanying image of entering the city by way of the Lincoln Tunnel. The somewhat ethereal section toward the end of the piece was my evocation of an airplane making its final descent with the lights of the city flickering and dancing below.

In 2016, Peter Stanley Martin proposed the idea of collaborating on a version of the work for wind band. I thought it was a wonderful idea and I was happily willing to give my support in his realizing the project. It is because of his vision and insight that a band version of Toward the Splendid City now exists. May this new edition continue to reawaken the sense of optimism that we all want to experience now or at any time.

The work’s title comes from the heading of Pablo Neruda’s 1974 Nobel Prize address, in which he included the following: “We must pass through solitude and difficulty, isolation and silence, to reach forth to the enchanted place where we can dance our clumsy dance and sing our sorrowful song – but in this dance or in this song there are fulfilled the most ancient rites of our conscience in the awareness of being human.”