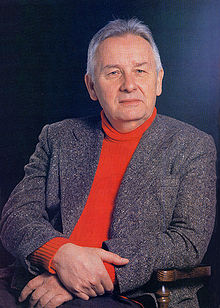 This work bears the designation Opus 60.

Totus Tuus Op. 60 (Totally Yours) was written for unaccompanied mixed choir by the Polish composer Henryk Górecki in 1987. Górecki composed the piece to celebrate Pope John Paul II's third pilgrimage to his native Poland that summer, and the work remains his best known, if not critically acclaimed, a cappella choral piece of the 1980s. Indeed, Totus Tuus has been described as a contemporary classic. The work was performed twice during the pilgrimage: first time, at its beginning, on June 8, 1987 at the Chopin Airport in Warsaw and second time on June 14, 1987 at a High Mass held in Victory Square, Warsaw by the Choir of the Warsaw Academy of Catholic Theology.

The libretto was taken from a poem written by contemporary writer Maria Boguslawska which is addressed to the Virgin Mary, the patron saint of Poland. Totus Tuus's form is ABA'CD, and marks a return to the simple homophony characteristic of Górecki's earlier Marian Songs.