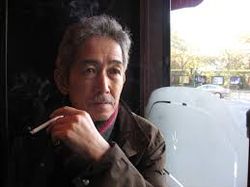 Mashima first studied engineering. He interrupted this to study music. He graduated from the Kanagawa University and took the Yamaha Band Director course, going on to do his major in technology. He also studied music composition under Bin Kanade and jazz theory under Makoto Uchibori. He graduated in 1971 and went on to play trombone in jazz and pop bands. He then worked as an assistant to Naohiro Iwai and began to focus on making compositions for bands.

His own works, especially for bands, are published in Europe and sold in America. Lately, he has also composed for TV series and movies. He currently serves as an instructor of the Institute of Education, Sobi, as well as working as a special instructor at the Yamaha Music School.

He won an award in the composition section of the 7th Academic Society of Japan for Winds and Percussion bands competition.

Mashima’s musical impetus comes from many genres such as jazz, modem French music, and traditional Japanese music, but his writing style of the last decade and a half blends melody from Japanese traditional modes and European harmony. His first venture,Les trios notes du Japon (2001) has been acclaimed internationally, and the sequel, La danse du phenix (2006) won the Premier Grand prix, Laureat Coups de Vents 2006 at Lille, France.