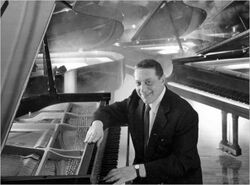 Zito studied at the Manhattan School of Music. As a free-lance composer and arranger, he joined Tony Bennett as his music director in 1972.

Zito wrote popular songs and numerous instrumental works, including several pieces for band. He is most widely known for his hugely popular work with John Lennon on the classic album Imagine, as string arranger. He wrote advertising jingles, including a famous one for Maxwell House, and background music for many television programs.