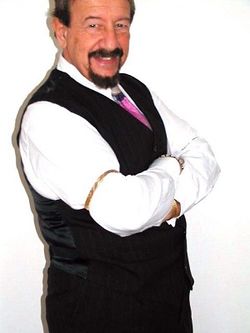 Tony Hyde (b. New Haven, Conn.) is an American composer.

He served as band director and instrumental music teacher in greater Boston area from 1965 to 2016. Mr. Hyde was a member of the BMI Jazz Composers Workshop in NYC from 2005-2008. Mr. Hyde currently is a freelance writer, arranger, and performer in the greater New England area .