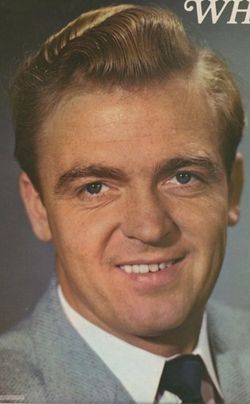 He was born in West Kilburn, London, and lived his life in Willesden. He started playing piano at the age of six, and studied orchestration and conducting with a view to becoming a classical musician, but in 1919 joined the staff of the Lawrence Wright popular music publishing company. In 1924, he left to work as a pianist for silent films and dance bands, before establishing his own band at the Queen's Hotel, Westcliff-on-Sea, later moving to the Palace Hotel, Southend, where he stayed through most of the 1930s.

He also achieved success as a songwriter, with his song Barcelona (1926) becoming an international hit. With lyricists Stanley Damerell and Robert Hargreaves, he formed the Cecil Lennox song publishing company, which published one of their most successful collaborations, Lady of Spain in 1931. He achieved further success as a songwriter with Let's All Sing like the Birdies Sing (1932), co-written with Damerell, Hargreaves, and Harry Tilsley, and successfully recorded by Henry Hall; Faith and If (They Made Me a King) (1934); The Song of the Trees and There's a Lovely Lake in London (1935); I Hear Your Voice (1942); and Sailor, Who are You Dreaming of Tonight? (1944). At one time, four of his songs were being used by major London dance bands as signature tunes.

He was often featured on BBC radio, notably with his Tuneful Twenties series from 1949 on. In 1951, his career was boosted when Perry Como's version of If sold over a million copies. Evans spent some time in the US, and the following year Eddie Fisher's recording of Lady of Spain also became a best-seller. His songs also continued to be successful in Britain, with Ev'rywhere winning an Ivor Novello Award in 1955, and David Whitfield having UK hits with My September Love (1956) and I'll Find You (1957). His own recording of The Singing Piano (1959) was used as a signature tune at Butlins holiday camps. He also appeared on British television. In 1973 he won an Ivor Novello Award for outstanding services to British music.