To Slip the Surly Bonds of Earth 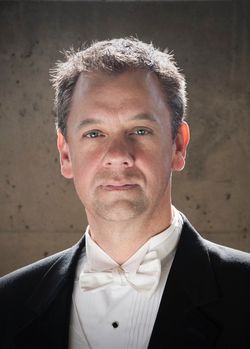 When I was a child the United States space program had been underway for over 10 years. President John F. Kennedy challenged our nation to send a man to the moon and safely return him to the earth. This speech was the beginning of a new American optimism, one in which I still believe today. It is through the NASA space program that we have come to our current technology, medicine, and understanding of the human condition. We would not have cellular phones, laptop computers. We would not know the effects of gravity on the aging, how medicines work in our cellular structure. We would not understand how we, mankind, exist in a much larger universe.

In this time of brave exploration we have lost lives of brave men and women, who where scientists, mothers, fathers, teachers, brothers and sisters, musicians. As a young child of the 1970s I have hazy memories of seeing astronauts on the moon. In junior high I bought a telescope to see if I could find the American flag planted in the sea of tranquility. I fell in love with the moon, planets, and galaxies.

In 1980 I saw a photo of the first space shuttle as it traveled from Houston, Texas, to Orlando, Florida. I was enthralled to see such a craft. I watched like every other American as Columbia first blasted off. I dreamt of being an astronaut. In 1986 I watched, along with my classmates as the Space Shuttle Challenger lifted off the launch pad with a teacher on board. They scorched into the sky and my class cheered, and then it happened, Challenger burst into pieces right in front of our eyes. I was sad. I was confused. President Ronald Reagan soothed the nation when he spoke to us all about courage, exploration and what it is to be a free nation. He said they, slipped the surly bonds of Earth, to touch the face of God. Those words stayed with me the rest of my life.

In 2003 when Space Shuttle Columbia burst into pieces again in front of the entire nation, I felt the same feelings as if 1986 happened all over again. What to say? What to do? This time President George W. Bush addressed the nation. His words also inspiring. President Bush then, right before he left office, attempted to recommit a nation to dream of going to the moon and then to the planet Mars. I was re-energized, we are going back to space. Our world´s economies started to fail and our president, Barrack Obama, cancelled project Constellation also known as Ares.

This work, To Slip the Surly Bonds of Earth, is an exploration of the United States space program. It is hoped that this work is heard as message to the world. In a time of hard economics, it is time to find a unifying force that we can all believe. I believe we can find wonderment and faith in a lost world if we can continue to look up, for the good of all mankind.

In my attempt to gather presidential speeches I was unable to find any mention of the three Astronauts who died on the launch pad for the mission of Apollo 1. I have not forgotten these men. They are represented by the three-part canon in the middle of the third movement. It is requested that the soloists listen to each other and match intensities of the melodic line.