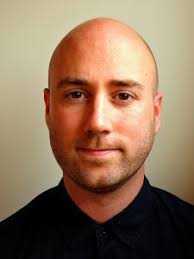 Tjeerd Barkmeijer is a Dutch conductor and conductor.

Mr. Barkmeijer is a recent graduate of the conducting course of the Royal Northern College of Music (RNCM) in Manchester (UK), where he obtained his Master of Music in Performance with distinction.

The highlight of his career so far was conducting the BBC Philharmonic. Other professional orchestras he conducted include the Savaria Symphony Orchestra, Stavanger Symphony Orchestra, Northern Ballet Sinfonia and musicians of Manchester Camerata. Both inside and outside the RNCM, Tjeerd conducted staged opera and operetta performances, including works by Gluck, Mozart, Dvorak, and Britten.

Since the beginning of his studies, Tjeerd has paid special attention to orchestration and arranging, and he has now written many arrangements for various orchestrations and occasions. At the RNCM he followed the courses in arranging and composition with professor Adam Gorb, which allowed also his creativity in composing to find its way.