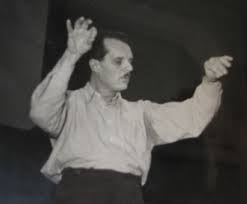 He studied with Zoltán Kodály at the Budapest School of Music. He appeared as a performer on Hungarian radio, where he later became artistic director.

During the same period of time he was a prolific composer in every field of music from opera, through symphonic works to pop music. He also composed the musical scores for a great number of stage pieces and for more than 200 films, both features and documentaries. His stage pieces have been performed in almost all the important theatres in Hungary, where he also conducted with the Budapest State Opera House. He was honoured for his musical activities in Hungary by twice being awarded The Ferenc Erkel Music Prize for composers, and he also won several prizes for his film music.

From 1962-1964, Polgár was associate conductor of the Philharmonica Hungarica. He then immigrated to Canada, where he took citizenship in 1969. There he conducted the University of Toronto Symphony Orchestra (1965-1966) and later (1970-1975) served on the staff of the university’s opera department. Polgar taught at the Royal Conservatory of Music of Toronto (1966-1968) and at York University in Toronto (1976-1977).