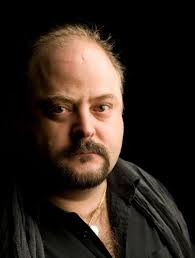 Thomas Trachsel (b. 16 March 1972, Olten, Switzerland) is a Swiss composer and conductor.

Trachsel received his first music lessons on the zither at the age of eight. Afterwards he took lessons in trumpet and piano at the Hägendorf Music school. He also studied theory privately with Arno Müller. At the Berne Music Academy, he studied wind band conducting, finishing in 2000 with distinction.

Currently, he conducts the symphonic band, ‘Helvetia’ Rüti-Tann, and the brass band, Matzendorf. He is also conductor of the Wind Band Week in St. Moritz, Switzerland. Furthermore, Trachsel works as a guest conductor; in 2008, he conducted the Banda Sinfonica La Artistica Buñol, one of the leading bands in Spain. In 2011, he conducted the Netherlands Symphony Orchestra with the soloists Zoltan Kiss, Csaba Wagner, and Chris Holding at the Night of Brass during the Lätzsch Trombone Festival in Enschede, Netherlands. He is also music teacher at the district school in Gäu, Switzerland.

Besides his teaching and conducting activities, Trachsel works as a freelance composer, writing mainly large-scale works of a symphonic character, including four symphonies, four sinfoniettas, and some symphonic poems.