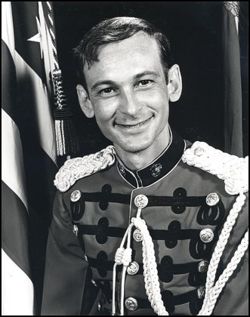 When he was young, Knox heard the Marine Band on tour and decided he wanted to play trumpet in the band. He studied trumpet with Adolph "Bud" Herseth, principal trumpet with the Chicago Symphony Orchestra, and attended school at the University of Illinois at Urbana-Champaign.


Knox joined the Marine Band as a trumpet player in 1961, and by 1966 he moved to the arranging staff. Three years later, he was appointed chief arranger and continued to compose and arrange for the Marine Band until he retired in 1985.